@Tibor released a tool to help you find your Twitter followers on Mastodon. 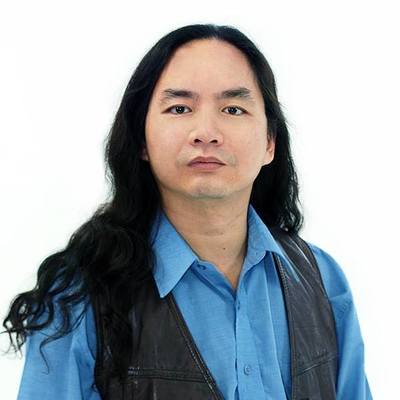 "Just a day after Tim Pool blamed the victims of the Club Q shooting by having a "grooming event," Elon Musk is palling around with Tim Pool. ELON is implicitly endorsing the calls for violence against LGBTQ people." - Alejandra Caraballo (@Esqueer_@twitter.com and @esqueer )

To those fighting for the queer community,

As members of the queer community we are heartbroken by the lives taken at Club Q on November 19th: Daniel Aston, Raymond Green Vance, Kelly Loving, Ashley Paugh and Derrick Rump. Before proceeding we feel it is our responsibility to acknowledge that we acted without consent from the families of these people. We offer our sincere apologies if this action feels contrary to your beliefs. We chose to proceed with this action because of the incredible violence that Focus on the Family continues to perpetuate against the 2SLQBTQIA community.

On the eve of Transgender Day of Remembrance, as Club Q was preparing an all ages drag show, the queer community lost 5 beautiful souls at one of the few gay clubs in all of Colorado Springs. These 5 individuals gathered at Club Q with friends and loved ones, new and old, to be in community and to grieve all the lives lost to transphobia. You may have seen various news outlets speaking about this tragedy as an issue of “gun control” or a “senseless act of violence,” but it is so important that we recognize this crime for what it was: a targeted act of hate.

Witnesses have recounted that 50-60 people were present at Club Q when a man walked in and started shooting. 5 people were killed and 18 or more were wounded. What this means is that half of the people who came to dance and have fun in this sacred space were physically injured as a result of this atrocity, not to mention the trauma inflicted on every single person present at Club Q. It is no accident that this happened in Colorado Springs, a city steeped in homophobia, transphobia, and white supremacy. It is no surprise that someone did this in the city that is home to such a hateful organization as Focus on the Family. If you visit their website, you will see them eagerly display their desire to rid the world of all queer people.

It is important to us that you understand why Focus on the Family must be held accountable for the ramifications of their hateful theology. You have likely seen the onslaught of anti-trans legislation, of which Focus on the Family is a huge proponent, both in funding and propaganda. With an alarmingly expansive network, they work closely with powerful entities, such as the DeVos family, to promote and fund this anti-trans legislation. Focus on the Family's goal is to eradicate queerness. Tactics they use to achieve this include indoctrination, media saturation, falsified research, and conversion therapy. We encourage you to continue to investigate the many examples of their culpability, which can be found front and center on their own website.

Focus on the Family likes to promote themselves as people who are “bringing about the kingdom of god.” But we want to remind you that even the bible warns us to be cautious of folks such as these. 2 Corinthians 11:14-15 reminds us that “even Satan disguises himself as an angel of light, so it is no surprise if his servants, also, disguise themselves as servants of righteousness. Their end will correspond to their deeds.”

In Love, Grief, Rage, and Solidarity,
Members of the Front Range Queer Community